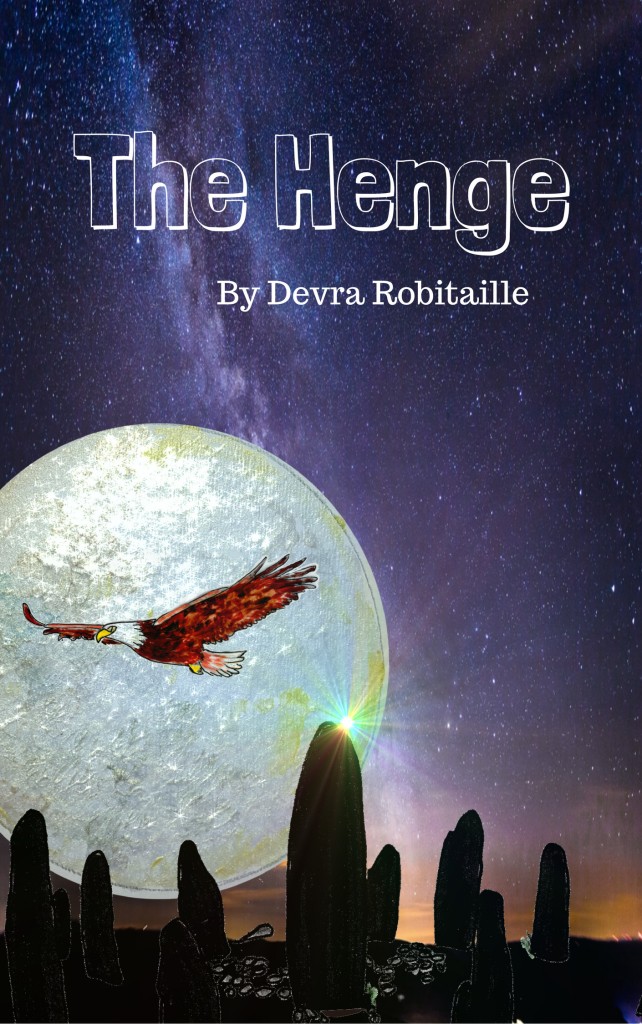 The Henge is a new novel by Devra Robitaille.

Away to the north of the Noble Village of the Arts there is, buried in a jade lake at the bottom of a quarry, a stone with magical properties—a stone that sings. Izraziti the Dreamer has seen the stone through the eyes of an eagle as he soars over the quarry at night. Concinnity Song and her twin brothers, along with the council of twelve must mobilize all the hunter-warriors to raise the stone and transport it across the land, and build a henge to protect it, according to the covenant with the ancestors for the future of civilization. To do this they must tap into the true tone that will levitate the singing stone and its companion blue stones out of the quarry. They will have to battle their enemies, not just the human kind, but a cataclysmic flood and catastrophic fire that threaten to wipe them all out. As they travel across the land with the stones, the people come together and create an amazing civilization on a journey that will culminate in one brilliant night, the night of the solstice, when all the stones will be raised together to form…The Henge.

Take a look at the book trailer for The Henge.
And a little about the author….

London-born Devra is a composer, songwriter and keyboardist, as well as an author. She had a successful career as a professional musician in England, playing keyboards and touring with Mike Oldfield of Tubular Bells fame, before moving to America in the nineties. All through the nineties she directed musicals and theatrical productions in Los Angeles. Now living in Florida with her family on the Sarasota Bay, she has written several children’s books and several young adult novels.

Devra has always been fascinated by the stone monuments that litter the countryside in England, so her latest book The Henge is a labor of love; combining her love of music with her love of her culture.

Looking for more information? Check out the other participants of The Henge book blog tour via The Hologram Library. Or take a look at Devra’s Amazon author page and pick up a copy of The Henge.